Low gear on a two-speed reel gives anglers an incredible advantage when it’s time to grind out heavy gamefish. The problem more often than not is finding a two-speed reel with a high gearing that’s fast enough to get good jig action. Shimano Tyrnos reels fill that gap by offering one of the fastest two-speed reels on the market. Perfect for trolling or for use in full action stops, the Shimano Tyrnos offers dual abilities when needed the most.

Simple in design yet effective, Shimano Tyrnos II reels bring fast gearing along with plenty of other high-value features. Among them is a die-cast quality aluminum frame, ratcheting lever drag, and more than enough drag resistance. A high-speed gear ratio leads to great action on the vertical jig but the Tyrnos is also fine for trolling. A loud clicker, harness lugs, and twin pawl anti-reverse prepare the Tyrnos for strikes while the boat motors forward.

Going with the largest TYR50IILRS gives anglers a big jump in spool size. Shimano suggests using one size of mono, 50-pound test for 700 yards. Braid goes on with three size capacities starting with 1120 yards of 80-pound line. Move up to 100-pound test for 930 yards or 150-pound braid for 800 yards. Finally, maximum drag resistance goes as high as 33 pounds in the smaller Shimano Tyrnos II reels and jumps to 42 pounds in the size 50 model.

The frame is the base of any reel and guards the inside components. A sturdy base is important, especially in two-speed conventional models that must bear a large force of stress. Shimano Tyrnos reels address the frame by using die-cast aluminum. To reduce weight (and perhaps cost), the side plates consist of tough carbon material. The frames of Tyrnos reels do come with a top cross-bar and harness lugs.

Tyrnos reels spin on four Shimano ARB, or Anti Rust Bearings. These are quality stainless steel bearings that use shields to protect the balls in the inner chamber. Shimano lais the claim that their Anti-Rust Bearings last up to ten times longer than standard ball bearings.

The anti-reverse mechanism on Shimano Tyrnos II reels uses a dual alternating pawl system. Pawls are simply small pieces of metal that slip when the inner teeth turn one way, then catch and stop the teeth when the spool tries to spin in reverse. An alternating system is one where the teeth are offset so that the pawls don’t slip or catch simultaneously.

Shimano Tyrnos II models include extra-large gears in a drop-down gearbox. Also known as a multiplier box, the gearbox increases space for larger gears which helps add that high-speed feature. The reel handle, which boasts an elongated shaft, fixes into the gearbox. It also carries the gear switch button, standard on most two-speed models.

Moving the drag back and forth along the lever, each turn ratchets and helps keep the setting in place. An outside adjustment knob allows for fine tuning the resistance for either strike or full drag. As the specifications state, the two smaller size 20 & 30 reels bring a max drag of 33 pounds. A move up to largest TYR50IIlLRS brings the max drag up to 42 pounds.

See All Tyrnos Reels On Amazon

For offshore anglers who prefer the consistent reliability of Shimano products, Tyrnos II reels offer a step up from the TLD series. Keeping with the two-speed design, both series are compatible for trolling or live bait situations. The Shimano Tyrnos II series brings bigger spools that carry more line and also more max drag capacity.

Fast gearing on a two-speed reel definitely comes in handy for the vertical jig, Realistically, speed is not a big issue when trolling or feeding out live bait. When targeting yellowtail or other species that feed up and down the water column, a speedy vertical retrieve is a must. But for casting, the Shimano Tyrnos II won’t offer what the Trinidad or even Daiwa Sealine can do. It certainly is a trade-off. You can still cast a jig with the Tyrnos II, though it would be better to have a true casting reel on your jig stick as separate setup.

Which Angling Style Are Tyrnos Reels Best Suited To? 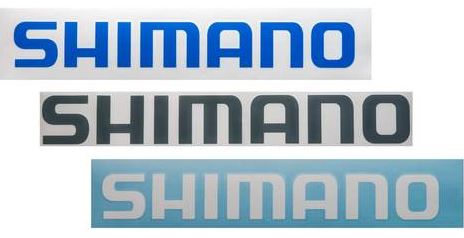 It’s sweet and simple here. Shimano Tyrnos II reels work specifically well in situations that call for trolling, live bait, and the vertical jig. Consider placing one on a longer Shimano Terez or Tallus series rod. Just don’t go too light in power. You’ll want it when it’s time to drop the Tyrnos into low gear. Look for rods with roller guides suitable for trolling, especially if you plan to fish the Tyrnos 50.

Customer service is and has always been a top concern for the Shimano corporation. All reels come with their standard 1-year manufacturer’s warranty and customers should complete online registration after a purchase. Shimano provides a list of service centers around the world should anglers need to activate their warranty or require other reel maintenance.

If you’re in the market for a sturdy two-speed trolling reel that’s also capable of ripping a jig through the water, the Shimano Tyrnos II makes a fine display. A reduction in cost from other high-end two-speed brands is another calling point. Between the TLD and the Tyrnos, anglers are able to cover the lighter and middle range of troll fish. All with a performance that delivers the catch and a rate that is more than reasonable.