Shimano designed their Talica line of offshore conventional reels with cranking power in mind. Many lever drag reels (especially two speed models) add drag components to the spool. This reinforces the drag and helps with low speed crank, but it takes away any decent casting distance ability. Not so with the Shimano Talica! 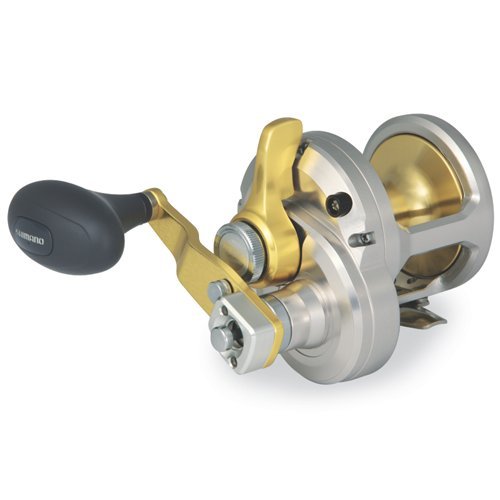 Reels that integrate spool drag also sacrifice high gear ratio performance. This works out to a reel that has great low gear crank, but doesn’t cover much ground. Talica design removes the spool drag allowing for a high gear ratio. It gives tough cranking power and covers more than just a couple inches with each turn of the handle.

Talica reels offer angler many other features besides cranking power. Shimano places the Talica proudly within their newly coined “Metal Series” of reels. They also use HEG gearing and plating which increases the gear strength dramatically. 6 anti rust bearings and a cold forged spool round out the features of a highly functioning reel. 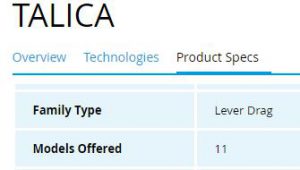 All Talica reels come built with a lever drag though models split between 2 speed and single speed versions. Two speed Talicas can be identified by a dash then 2 at the end of the model number while one speed reels leave off that ending. Shimano manufactures at total of 11 Talica models with single and two speed versions available in all but the larger 20, 25, and 50 model reels (which only come 2 speed).

I normally like to split this section up when covering both single and two speed reels like I did with the Accurate Boss Fury. It helps to discuss the models separately because of the variation in reel specifications. However, the only differences in reel specs between Talica one and two speed models is weight and rate of line retrieve. That being the case, I won’t divide the sections this time.

As for weight difference, 2 speed reels have more parts and pull harder towards the center of the earth. Weight variations between single and two speed models aren’t much though. Two speed models only weigh 2-3 ounces more than their single speed counterparts.

Like every other major reel manufacturer, Shimano has their own technology. Talica reels receive the best of what Shimano has to offer. Let’s take a look.

A powerful system that uses larger drive and pinion gears. The HEG system makes use of the frame, set plate, and side plate to support the gears on either end. The combined metal frame support and enlarged gears eliminates flex under pressure which can cause other reels to bind.

This feature pertains to the aircraft grade aluminum used in the frame as well as the frame design. It offers absolutely zero flex under the most extreme pressure which keeps inner gears in precise placement.

The process of cold forging results in a spool much harder and durable than regular die forged ones. The technique gives the spool longer life and better performance over time.

Shimano adds the Talica to their Metal Series collection of reels. The hype here includes the smooth anodized metal finish of every metal reel and proclaims the superiority of keeping inner components in precise position.

Moving away from Talica main features still leaves a lot to mention. Start with removable harness lugs which make it easy to strap in or out against cow tuna. All models come with E.I. anti corrosive surface treatment and a waterproof drag. Talicas have a power grip handle, aluminum rod clamp, a clicker, and are built for braided line with a fluorocarbon leader.

Without a doubt, Talica reels shout about castability in a two speed reel. Shimano also built the Talica to retrieve more line per crank than typical two speed designs, even when in low gear.

Shimano intentionally designed the Talica for extended casting range, knowing it was a missing link in the chain of all available offshore reels. Now I’ve read complaints that higher line retrieve per crank sacrifices the whole purpose of having a two speed reel, and I have to disagree to a point.

First of all, cranking power means that you don’t spin the handle super fast while the spool barely turns. Think of it like riding a ten speed bike up a hill. Dropping down to the lowest gear lets you turn the pedals real fast and easy, but you won’t be getting to the top of the hill very fast.

A cyclist looks for that compromise of speed and ease of pedaling which is in essence what the Talica does. As long as the reel model matches the size of the fish it will be fighting. 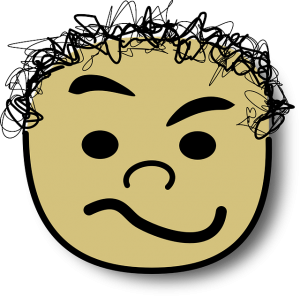 Now comes the flip side of the whole cranking power and line retrieval rate argument. The Talica design presents anglers with a problem when they get outclassed by a larger fish which we all know can happen. Our hill just got incredibly steeper and we don’t have the ten speed bicycle’s lowest gear to switch to.

It’s important for anglers to understand this distinction when considering Talica reels. Typical 2 speed reels can handle being outclassed to some extent because they’re made for the steep hills (whether it’s steep or not). These reels will not cast anywhere near as well as the Talica or bring a fish up as efficiently under the right conditions.

Which Offshore Anglers Most Appreciate The Shimano Talica?

By all means, those of you who love throwing surface iron should take an immediate interest in the Shimano Talica. You’ll get overrun by a larger fish with a star drag reel just as easily with no lower gear to depend on. The Okuma Makaira might be a better option in 2 speed for fishermen not interested in offshore casting.

Once you purchase a Talica, go immediately over to the Shimano website and register your reel. This activates a two year warranty and even goes a ways further.

After registration, Shimano Talica reels become automatically enrolled in an upgraded service plan. The plan gives registration points which can be traded in for coupons. Use them for cleaning agents or lube at half to 100% off. Furthermore, should any need for maintenance arise you can go to the plan for priority shipping labels. These labels guarantee 48 hour turnaround to or from Shimano including all authorized repair locations.

The intentional casting design of Talica reels makes my closing thoughts clear and focused. The way I see the Shimano Talica comes down to one simple question. Do you want a two speed reel that can also cast? The single speed models shine through as capable baitcasters and this question doesn’t apply. Exactly how well do Talica reels cast? With a spool free from gearing and supported by bearings, I haven’t heard one complaint.