They pound the decks and take a beating but Accurate reels hammer down on the toughest saltwater fish out there. Accurate presents offshore anglers the Fury single or two-speed series conventional reel. More affordable than the premium Dauntless, the Fury still comes well equipped. Jump through the looking glass for a detailed inspection of the entire Accurate Fury line of offshore fishing reels. 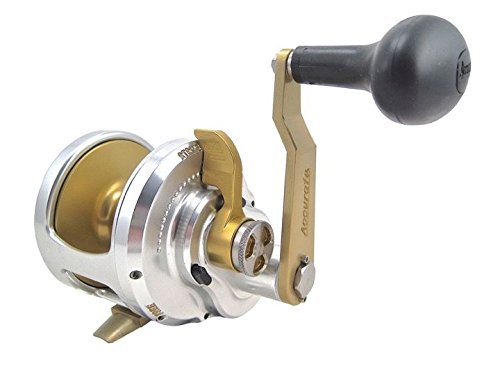 Introduction To The Fury: Accurate Reels 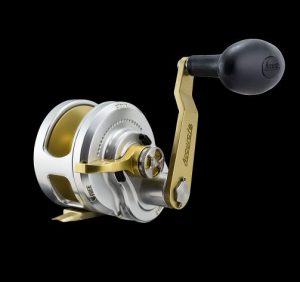 Fury single speed reels come in 7 models and three different sizes. Each size has a narrow option and the largest 600 model also has a double narrow reel available. Accurate reels manufacture all 7 models in a left-handed version and models are as follows: 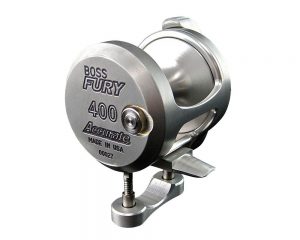 The ability to drop into low gear and put more force on heavy tuna sure comes in handy and Accurate reels provides such fighting capability. The Fury 2 speed resembles the 1 speed with 7 models and three sizes (a double narrow as well) which list by the following numbers:

Gear ratios of Fury Accurate reels bring up an important feature. All 7 models claim a base gear ratio of 4:1. but also come with a 6:1 option signified by an X at the end of the model number.

Fury Accurate reels weigh 20 to 26 ounces from the smallest to largest model and use 6 class 5 ABEC stainless steel bearings. The additional anti-reverse (ARB) bearing stops on a dime and claims stainless steel protection as well.

Fishing reel features always amaze me and help define the functions
which turn a reel into a mechanism of power or a piece of junk. Accurate reels make design a high priority and hit the right mix of technological features.

All Fury Accurate Reels feature their AccuDrag system which offers
precise lever setting and constant lubrication for a smooth drag. Once again max drag ranges from 18 to 24 pounds.

Saltwater reels get the worst of elemental conditions which call for nothing short of stainless steel anti-rust protection. Accurate reels do well by placing stainless steel through and through.

Accurate contains the spool in a sleeve which prevents the issue of pinion gear friction. A pinion gear that hits the spool slows down and shortens the cast. Not so with Accurate reels sleeved spool.

Pinion gears of the Fury go through extreme heat which hardens the metal. Durability comes about from extra care to a reels mechanical parts.

Implementing a larger gear shaft accomplishes two things; it strengthens the shaft which enables it to perform at a higher level of torque. A necessary feature when game fish require all the leverage one can find. 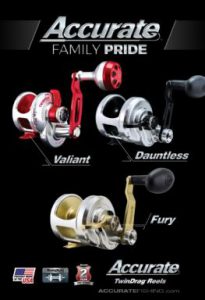 Fury two-speed reels resemble the one-speed models in most respects though a few differences must be noted. Accurate no longer offers a high and low gear model option since two speeds mean it’s already built in. Two speeds do make the reels weigh a little more which can be seen in the FX-600’s 26 ounces vs. the FX2-600’s 30 ounces.

Line capacity specs match up between single and two-speed models but gear ratios differ in all respects. Gear ratios in the two-speed models obviously change from high to low but they have different specs between models. Be sure to check the parameters. 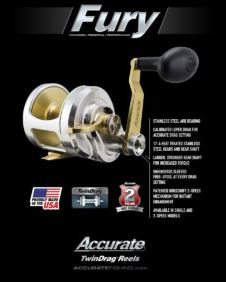 All Fury Accurate two-speed reels come with a reel bag which might not seem like much but they sure help protect reels when not in use. 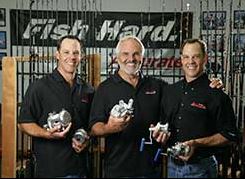 Accurate reels go away from their patented twin drag system which hurts but they did drop their price range way down too. Fury durability may be good but I like the performance and slightly lower price of the Penn Fathom better.

Anglers looking for stronger working features could move up to Accurate’s own Dauntless line but spending that much I’d look at Shimano’s Trinidad A. Features on the Fury baitcaster perform but they are simple.

Who Is The Accurate Fury Made For? 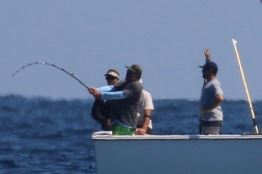 Frequent offshore anglers that need durability and power in a reel that doesn’t break the bank make perfect owners of the Fury. These reels work well for sportfishing outfits that supply clients with equipment rentals or as a backup to your favorite setup.

I rank the Fury 92 out of 100 for durability, performance, and price which all add up to spectacular value. Accurate reels won’t let you down as they’ve been tested time and time again versus fish that prove their worth. Take proper care of your Accurate Fury baitcaster and it’ll last decades. What’s your opinion of Accurate reels? Leave a reply below.