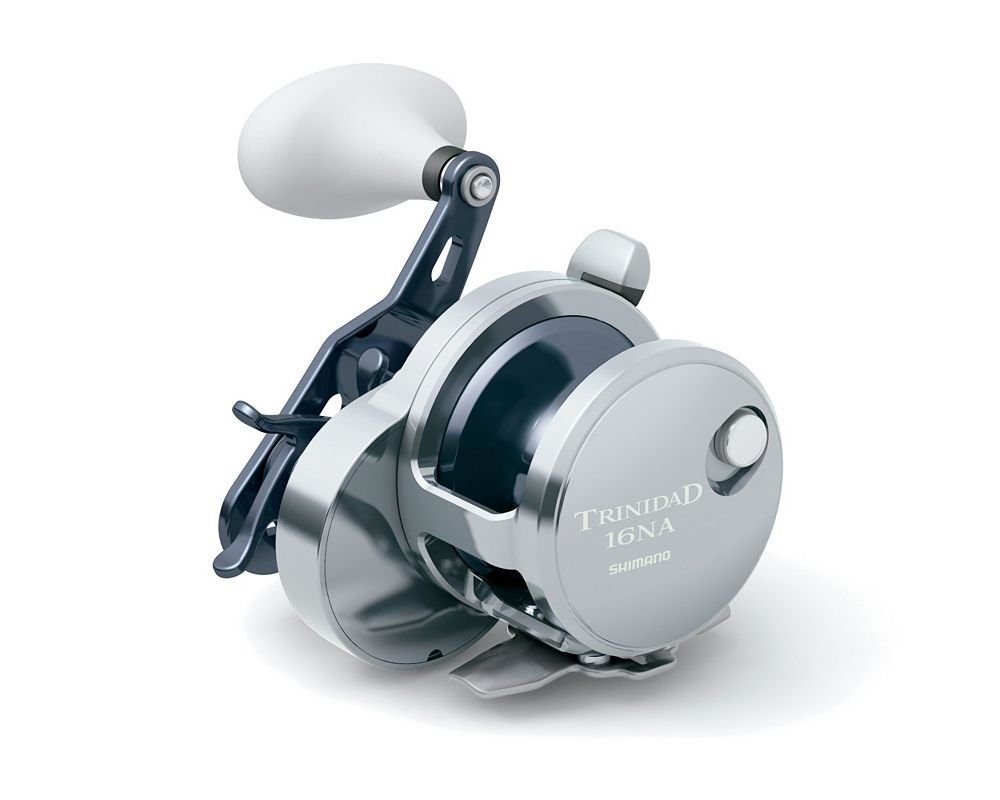 Introduction To The Shimano Trinidad A

What it comes down to and what you pay for in a high performance reel can be seen through an examination of the Shimano Trinidad. Fishermen get picky choosing reels and they ought to especially when paying top dollar. Shimano may not be every angler’s favorite brand but the Trinidad proves a worthy example of premium equipment.

Every well known reel manufacturer has their own technology though they often mimic each other. Shimano employs their best technological features, quality parts, and design experience to make one of the top saltwater reels on the market.

Trinidad A Models, Specifications, and Features.

The Trinidad A comes in 7 models which range in size from small to large. Customer questions about the TN16NA model show up and the difference is the N near the end which stands for narrow spool. Here are the Trinidad A models made available by Shimano: 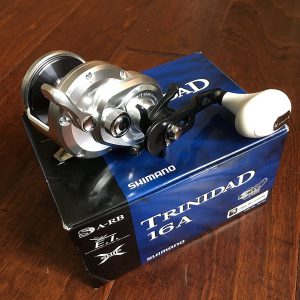 As stated above, the Trinidad A features 7 different models with six different size options. The TN10A starts the line as the smallest model, weighs 13.7 ounces, and holds 300 yards of 10 pound monofilament line.

The heaviest model which belongs to the TN30A weighs 20.5 ounces and holds up to 350 yards of 30 pound test. 30 and 20 models frequent offshore decks more so than the other models which get used for lighter kelp or inshore fishing.

Shimano’s Trinidad A is a lighter version of the older series and spins on a 9 bearing system. The 3 lightest reels in the line (the 10,12, and 14) claim 17 pounds maximum drag while the heavier 4 move up to 25 pounds max fish fighting resistance. A high gear ratio helps the Trinidad with reel speed and lighter model’s 6.3:1 ratio spins slightly faster than the heavier model’s 6.2:1. Not much of a difference there. 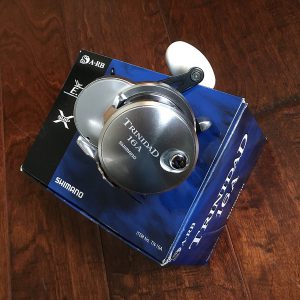 Finely built offshore baitcasters reveal impressive design and come packed with advanced technological features. A closer look brings Trinidad A features into focus which work together to create a powerful fishing tool. Let’s take a look at Shimano features placed into the Trinidad.

A strong one way roller bearing removes any spool backplay when the bail engages which puts immediate hook setting pressure on the line. Stop running fish dead in their tracks.

A feature designed to enhance casting performance. Most conventional fishing reels have unnecessary drag when casting due to an unsupported pinion gear that hits the spool and rubs. Trinidad’s Super Free Spool feature holds the pinion gear from touching the spool after the bail disengages allowing a frictionless cast.

I mentioned earlier that the Hagane body played a role in securing other features and the illustration comes here. The setplate built into the Hagane body works along with the handle sideplate. Together they secure gears built larger than previous models which greatly increases a fisherman’s leverage when winding. HEG technology results in gears that won’t bind due to pressure.

This technology holds the pinion gear on both ends and integrates with the HEG system described above. It works by way of reel design which places two bearings in perfect position to support the pinion gear. X Ship prevents the pinion gear from rubbing on the spool during a cast. 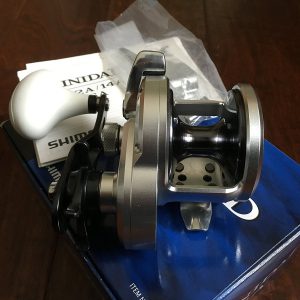 The frame and spool of the Shimano Trinidad consist of anodized cold forged aluminum which receives a final corrosive resistant E.I. treatment. Trinidad owners claim the treatment doubles the corrosive resistance of the metal and make it impeccably smooth to the touch.

The metal clutch lever features a corrosion protective pad. The handle adjusts to short or long swing and a lightweight knob provides grip and comfort to the palm. Chrome plated nuts and bolts hold the Trinidad together and secure the micro-click star drag lever in place as well. The Trinidad A comes equipped with a clicker, metal rod clamp, and works fine with mono, flouro, or braided line.

Pros And Cons Of The Shimano Trinidad 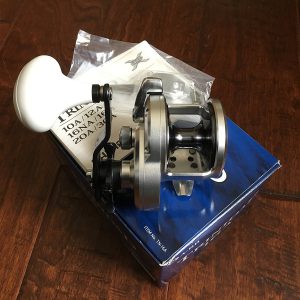 Reasons to go for it leap like lizards around the Trinidad A series conventional reels. You’ve read all the features which put together make one big pro. Durability on the ocean raises concern when selecting a reel and the Trinidad passes every test. These reels last for life with proper care and maintenance.

Trinidad A series reels cast effortlessly and the narrow spooled TN16NA tends to be favored by jigmasters. The TN16NA holds up to 200 yards of 20 pound mono or 370 yards of 50 pound braid. An angler can do some damage with that.

Trust and popularity can be a deciding factor when choosing a reel and the Trinidad definitely comes with amply supply of each. I’ve never heard an angler complain about them and I’ve been incredibly impressed with their performance every time I’ve used one.

The Shimano Trinidad costs some duckets. Unfortunately the best gear also comes with a higher price tag. I can’t offer any performance complaints though I do wish Shimano had built a narrow model in 20 and 30 versions. Some anglers still like to cast 30 and 40 pound mono.

I did read one complaint about the white knob at the end of the handle being unseemly against the silver metallic look of the reel. A superficial issue at best. Fishermen who find this reel a bit out of budget should check out the Daiwa Sealine and the Penn Fathom which cost less yet still come highly recommended by yours truly. Avet reels also offers good competition.

What Kind Of Angler Is The Shimano Trinidad A Series Geared To?

Serious offshore saltwater anglers who don’t mind spending the cash to have the best gear ought highly consider the Shimano Trinidad A baitcaster reel. The reel design specializes in casting which attracts the jig sticks and the surface iron.

The Shimano Trinidad A comes with a 1 year manufacturer’s warranty and well placed mail in Shimano service centers can help with needed repair. I prefer to bring my reels to a local expert for service and repair. He does a better job. 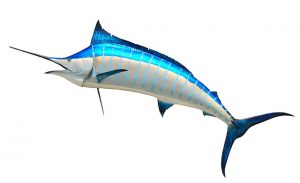 The Shimano Trinidad A baitcaster reel kicks some serious fin. Want to put the wood to large tuna, dorado, and yellowtail? Fasten a Shimano Trinidad to the seat of your favorite saltwater stick. I scored the reel 97 out of 100 and give it my highest regards.