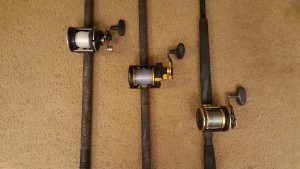 We have come a long way in putting together our fish wrangling outfit. One last piece of the puzzle remains….the reel. How do we select the right one? What is it that makes the best fishing reels?

The first fact about reels that stands out to us is that there are several different kinds. 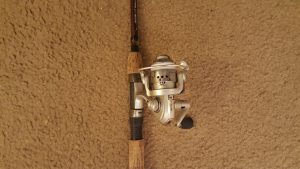 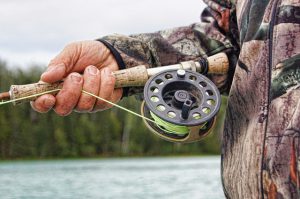 All reels are going to have similar characteristics, despite their obvious differences. They all have a spool that holds line, a handle, a drag system, and bearings to let the spool spin. To pick our reel, we must look at the differences and we will continue using the saltwater model.

The horizontal spool on a conventional reel allows the line to flow directly off the reel and through the line guides. There is no unwrapping of the line off the top as happens with a spinning reel.

Reels are typically printed with suggested line weight, and how much of that line the spool can hold. Many reels will give 3 suggested ratings.

Gear ratio tells you how many times the spool spins with one crank of the handle. 6:1 would be a much faster retrieval of line than 1:1.

Maximum drag tells you how much weight resistance the reel has with the drag set as tight as possible.

Conventional reels come with either a star drag, or lever drag system. The star drag is a screw shaped like a star that you twist to tighten the drag. A lever drag uses a lever that has pre set resistance amounts as you move it up or down.

-One or two speed reel

Conventional reels are also made with 1 or 2 speeds. The big difference in the 2 speed reel is that it can basically down shift into a lower gear. This can put a serious toll on a heavy fish, and can even the playing field when fighting sizable fish. 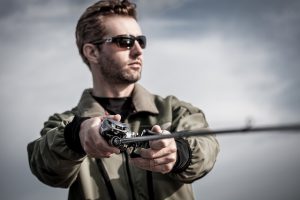 These considerations are immensely valuable when choosing a reel. Remember to match your suggested line weight from reel to rod. Be aware that a conventional reel will need a conventional rod, and so forth with the other reel/rod combos. Don’t forget to have fun. Preparing to fish is like dreaming of fishing. It’s almost as good, but not quite.

Once again I hope you found something useful contained in these words. We’ve identified the qualities inherent in the best fishing reels.  It is my intention to help by sharing my knowledge. Please help me cater this site by asking questions/offering feedback/making comments.