Just because a fishing reel isn’t beef, bones, and full of features, doesn’t mean it can’t hold value. Back up reels become a necessity for frequent anglers and sportfishing operations that rent rods. Neither must a budget priced backup reel exclude the power, strength, and features to land stronger pelagic models. Penn’s creation of Warfare conventional fishing reels fits this description precisely. Penn Warfare reels hit you soft in the wallet while knocking the fight out of bulky fish. 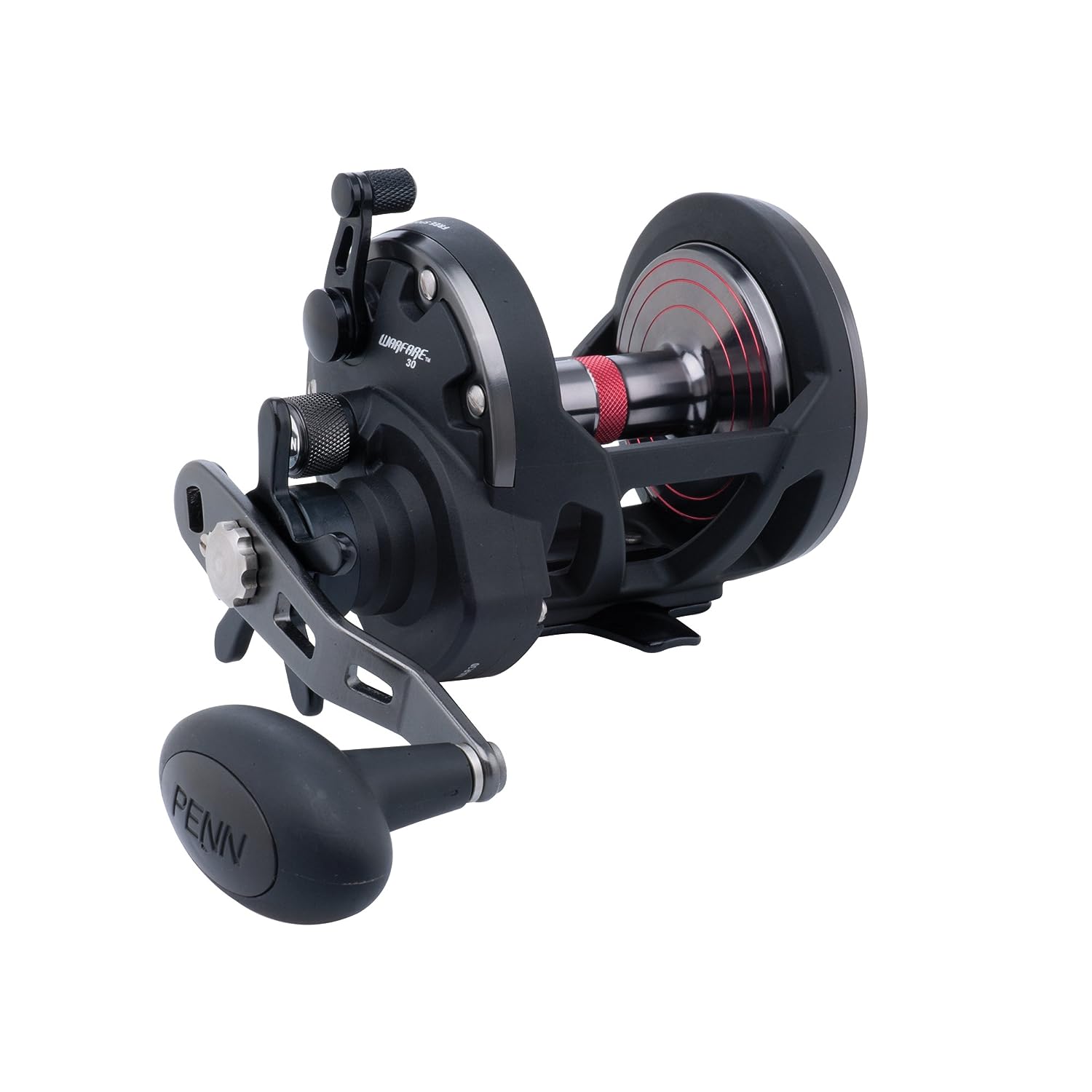 High tech aircraft grade aluminum is the top choice material for conventional fishing reels. To state that more accurately, it’s the top choice for long term durability and frame rigidity. You may notice while inspecting these anodized aluminum reels that they cost much more.

Aluminum holds up better to the test of time than graphite, but graphite will last a good many years. It’s also lighter than aluminum and rusting is never a concern. Perhaps the most advantageous aspect of graphite is the cost. Manufacturer’s cut cost by using graphite material and they pass the savings over to you. That’s the main feature of Penn Warfare Reels.

The level wind reel gets much more attention from Penn in the Warfare series.

To understand the model numbers, here’s a quick guide:

They all start with WAR to signify the Warfare series reel.

Next you’ll see LW which designates the reel as a level wind model.

The last few letters in the model number might be LH for left hand or LC which includes a line counter. 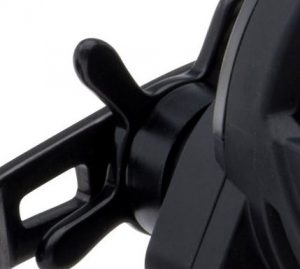 Being that Penn only offers 2 star drag Warfare models, there’s not nearly as much to discuss. You have the choice between two sizes, the 20 or the 30. Note that the 20 is a narrow spool reel shown with an N at the end of the model number. Penn Warfare star drag models use 3 bearings for rotation and have a 5.1:1 gear ratio.

The smaller star drag reel weighs 18.3 ounces and the larger 19.6. They share the same maximum drag resistance with a decent 15 pounds. Unfortunately, Penn doesn’t have a left hand option in the Warfare Star Drag models like they do with their level wind reels. 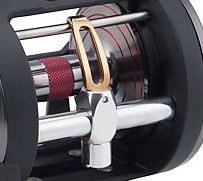 In case you aren’t familiar with the level wind feature, it guides the line back and forth as you bring it back in. This prevents the line from building up in one spot of the spool, laying it out evenly instead. The level wind feature along with left hand models and the addition of a line counter spell the difference between star drag reels.

As far as specifications go, there isn’t much difference between Warfare level wind and star drag reels. The level wind series does offer a smaller 15 size model which holds 12-20 pound mono or 20-50 pound braid. The weight of level wind reels does increase a bit and then a little more if you add the line counter. Warfare level wind models share the same 15 pound max drag, 3 bearing system, and 5.1:1 gear ratio as the star drag series.

Back and forth the line goes, as long as you remember to spool it through the level wind feature. Warfare reels use a simple yet effective system. It uses two short parallel bars that guide the line. These bars sit on a mechanism that engages with the worm gear, responsible for driving the guide back and forth. Opposite the worm gear is a second metal bar that the guide slides on. It provides stability to the level wind system. 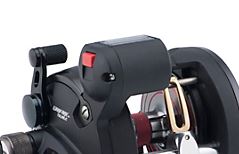 Warfare level wind reels come with the option of adding a line counter. These are especially helpful when trolling, or any other time you want to know how much line you have out. On Warfare models, the line counter sits atop the frame above the reel handle. This is the gear side of the reel. The line counter works together with the spool and counts your line in yards as it flies out. These line counters work real easy with nothing more than a red clear button to bring the count back to zero.

The graphite frame discussion continues. They don’t last the number of years that aluminum does, but they won’t rust and are durable in the short term. Graphite frames allow companies like Penn to bring the reel cost down which is perhaps the best part. In addition, Penn reinforces Warfare graphite frames with tough aluminum rings. These prevent the twist that can bind gears under heavy stress.

Aluminum forged spools provide the right material to stand up to line abuse that happens repeatedly over time.

The size 20 star drag Warfare model offers a narrow spool while the others medium width. Warfare spool aren’t shallow either.

Double check those line ratings and you’ll see they carry plenty of line.

Brass mesh is the usual material for gears in a saltwater reel though most have main gears of stainless steel. Stainless steel is stronger and holds up well against rust. Brass keeps the cost down while still providing protection against those rugged marine elements.

These are the high grade Penn drag washers. High grade carbon fiber discs make up the washers but the highlight is in the HT-100. This short term reflects the fact that the washers are tested over 100 miles without showing any signs of wear. They provide consistent drag resistance and an incredibly smooth release.

Penn puts an anti reverse bearing in Warfare reels that stop any spool back play. The result is an instant hook set and drag engagement. The drawback is the lack of a backup dog gear with strong holding teeth. If the one way bearing goes out, the Warfare is down for repair.

On the inside of the spool wall you can see these rings. A full spool of line will cover them until a fish starts running. That’s when they come in handy, notifying the angler of how much line remains. They also work well to help back the spool with braid. Check the line capacity rings to use as a measurement for how much backing you want to put on.

The value you get from a simple reel like the Penn Warfare is well worth the low price. Bonus elements are the aluminum rings that reinforce the graphite frame. It’s a great reel for those who prefer level wind systems and having the left hand option will certainly be of value to lefties. If it’s important to fish at a particular depth or distance behind the trolling vessel, choose a line counter model. Line counters are also available in left hand reels.

Overall durability is a definite concern with a graphite frame. The aluminum rings keep the frame from twisting from the pressure of a strong fish, but the graphite itself won’t last as long as anodized aluminum. The drag isn’t terrible at 15 pounds max, though 18 should be the least amount you really want to have. Finally, the reels are able to cast but don’t offer a live spindle or super free spool type of feature. With a 5.1:1 gear ratio, they retrieve line at a decent speed though perhaps not fast enough for some species.

Which Anglers Get The Best Use From Penn Warfare Reels?

This reel makes the perfect gift for any beginning saltwater fisherman. The Penn Warfare might combine well with an extra rod or two that you pick up at a garage sale and want to have for a backup. If you’re an outfitter that needs to supply rent rods, save a bundle on the overall cost by going with an effective yet extremely affordable reel. Left handed trolling fishermen also love the flip handle models and ability to measure their outgoing line.

Customer care over at Penn is more than friendly and their website has all the info you’ll need. Register your reel for warranty, check the FAQ section, or find your closest authorized Penn dealer all onsite. They have an email contact form or a customer service phone number that works during regular business hours. All Penn reels come with a one year manufacturer’s warranty. 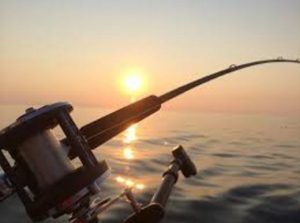 Penn Warfare reels fill in a empty space by serving as a cheap option backup, completing a rent rod combo, or a beginner’s first trolling reel. It’s always a pleasure to see companies cater to left hand anglers, who don’t have nearly as many choices in offshore reels. Line counters also come in handy for finding certain depths or getting a crank bait in the right place behind a motoring vessel. Penn Warfare reels may not make the strongest showing in durability or special features. On the other hand, they land fish effectively and assist with the fishing budget.

What are your thoughts on Penn Warfare reels? Leave a comment with a personal experience or fire those questions away. Geoff@FishtFight.com.